In the nine years Mark Stroman has been on death row in Texas, he says he has watched 208 people walk past him on the way to be executed.

This week it is his turn.

But fighting to save his life is the man he shot in the face and blinded in one eye.

In the days following 11 September, 2001, Stroman attacked three people, killing two of them. 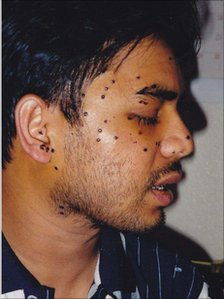 He was targeting anyone he considered an “Arab”, calling it revenge for 9/11.

“What Mark Stroman did was a hate crime, and hate crimes come from ignorance,” said Rais Bhuiyan, 37, the only man to survive the shooting.

“His execution will not eradicate hate crimes from this world, we will just simply lose another human life.”